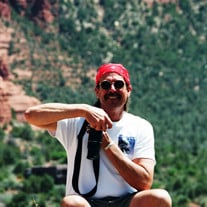 Philip Wendell Harvey, a 15-year resident of Vallejo, California, passed away in the early afternoon, on Sunday October 29, 2017, at the age of 64, in his Vallejo home, after nearly a year of a courageous fight with throat cancer. Philip was born June 15, 1953 in Los Angeles to the parents of Yvonne Link and Charles Harvey. He graduated at Chatsworth High School in the San Fernando Valley of Los Angeles. He received his Associate Degree from Cosumnes River College in Placerville, California in Human services. Philip's profession began as a paper boy in the suburb of Canoga Park, where he was taught by his father to never walk on anyone's lawn, while delivering their newspapers. This the beginning of his strong work ethics. After graduating from high school he moved to Lake Tahoe for 7 years working various jobs in a tire shop to returning rental cars to the towns they came from. He would later move to Placerville for the next 30 years. Employed in many jobs from construction, painter, cook, and ending as a Social Worker for El Dorado County. In the summer of 2001 he would attend a Social Worker conference in Davis, California where he would meet a fellow social worker of Napa County, Diana. They would marry 7 months later. In early fall of 2002, Philip and Diana would buy their first home together in Vallejo, California and Philip would transfer as a social worker to Solano County (Fairfield, CA). Both loved to travel, leaving social work, in 2006 and attending trucking school with Schneider International trucking for 2 full years. They both drove in shifts throughout the united states delivering freight to all states but Maine, in severe rain and snow storms, tornados, and perfect weather. Later, they would work for the same local trucking company delivering wine and related products to wineries throughout California. Philip was involved with the Rock and Gem Club of Vallejo as well as the Kayak and Bicycle Club of Vallejo. He was an artist in many forms from welding, building anything and fixing almost anything that needed fixing. He enjoyed sailing, cycling, hiking, camping, road trips and more road trips. When people speak of Philip, the forefront of his character was his incredible storytelling and witty sense of humor. And more importantly, his long friendships with his grade school pals to new friends, he was an extremely loyal friend, and always offered his service to anyone that needed help. He was a neighbor you wanted to live on your block. He was a man you'd want to be your friend. Philip is proceeded by his father, Charles Harvey. Philip is survived by his wife, Diana Harvey of Vallejo, CA mother, Yvonne Link of Diamond Springs, CA, daughter, Danielle Varozza of Placerville, CA, daughter, Rachael Milazzo of Fairbanks, Alaska, son, Mahka Blu Wakpa (formally Jesse Johnson), brother, David Harvey of El Paso, Texas, and grandchildren, Benjamin, Jesse, Abbie, and Hante and another on the way. Philip had a "home funeral" in his Vallejo, CA home with many family and friends attending. Cremation following with Bryan and Braker Funeral Home of Fairfield, CA. The family wants to express deep gratitude to the "Hospice of the East Bay"" for every one of their angels that crossed the threshold of his home and lovingly cared for this kind and funny man, Philip Harvey….

Philip Wendell Harvey, a 15-year resident of Vallejo, California, passed away in the early afternoon, on Sunday October 29, 2017, at the age of 64, in his Vallejo home, after nearly a year of a courageous fight with throat cancer. Philip was... View Obituary & Service Information

The family of Philip Wendell Harvey created this Life Tributes page to make it easy to share your memories.

A comforting word from you means a lot.

Send flowers to the Harvey family.